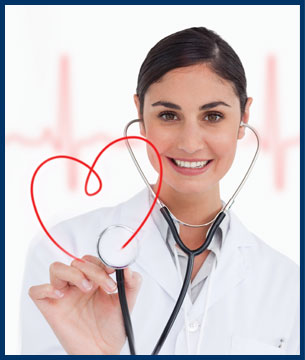 The Main Reason for Lost Teeth

Many people believe that tooth loss is the result of decay. It’s not. It’s actually because of gum disease. And it might be completely unnoticeable right up until you have lost teeth. Symptoms include bleeding gums when brushing or flossing and loose or shifting teeth. If you’ve been told you need gum surgery, you will be happy to hear that it’s possible to manage gum disease with a variety of non-surgical methods.

Gum Disease Can Lead to Heart Disease and Even Stroke

Medical research has caused many doctors to reach a startling conclusion: gum disease, stroke, and heart disease are connected. Since heart disease is normally fatal, it is clear that gum disease is a serious problem. The American Dental Association estimates that 8 out of 10 Americans have periodontal (gum) disease. If this were some other affliction, such as AIDS or tuberculosis, it would likely be considered an epidemic! Most dentists think it is actually just that. They also knew that gum disease would never be labeled epidemic because of the perception “no one ever dies from it.” The worst is that you lose teeth. Not pleasant certainly – but not life-threatening either. But that’s all changed.

The American Academy of Periodontology reports: “Studies found periodontal infection may contribute to the development of heart disease, increase the risk of premature, underweight births, and pose a serious threat to people whose health is already compromised due to diabetes and respiratory diseases.” Periodontal disease is characterized by bacterial infection of the gums. These bacteria can travel in the bloodstream directly to the heart.

With late-stage periodontal disease, the treatment is surgical. Gum surgery is never fun, but it is generally successful in controlling the condition. It’s also usually covered by common insurance plans. With mild periodontal disease, there are very potent non-surgical procedures that, coupled with better dental hygiene, can halt the spread of the disease. This is also usually covered under most dental insurance plans.

Dr. Cherian is pleased to offer her patients a powerful weapon in the battle against gum disease, called ARESTIN™. It comes in a powder form and contains tiny invisible microspheres. These microspheres deliver a time-released antibiotic directly to the infection site (the spaces between the gums and teeth). ARESTIN then kills the bacteria causing gum disease. The best part is that it’s all painless!